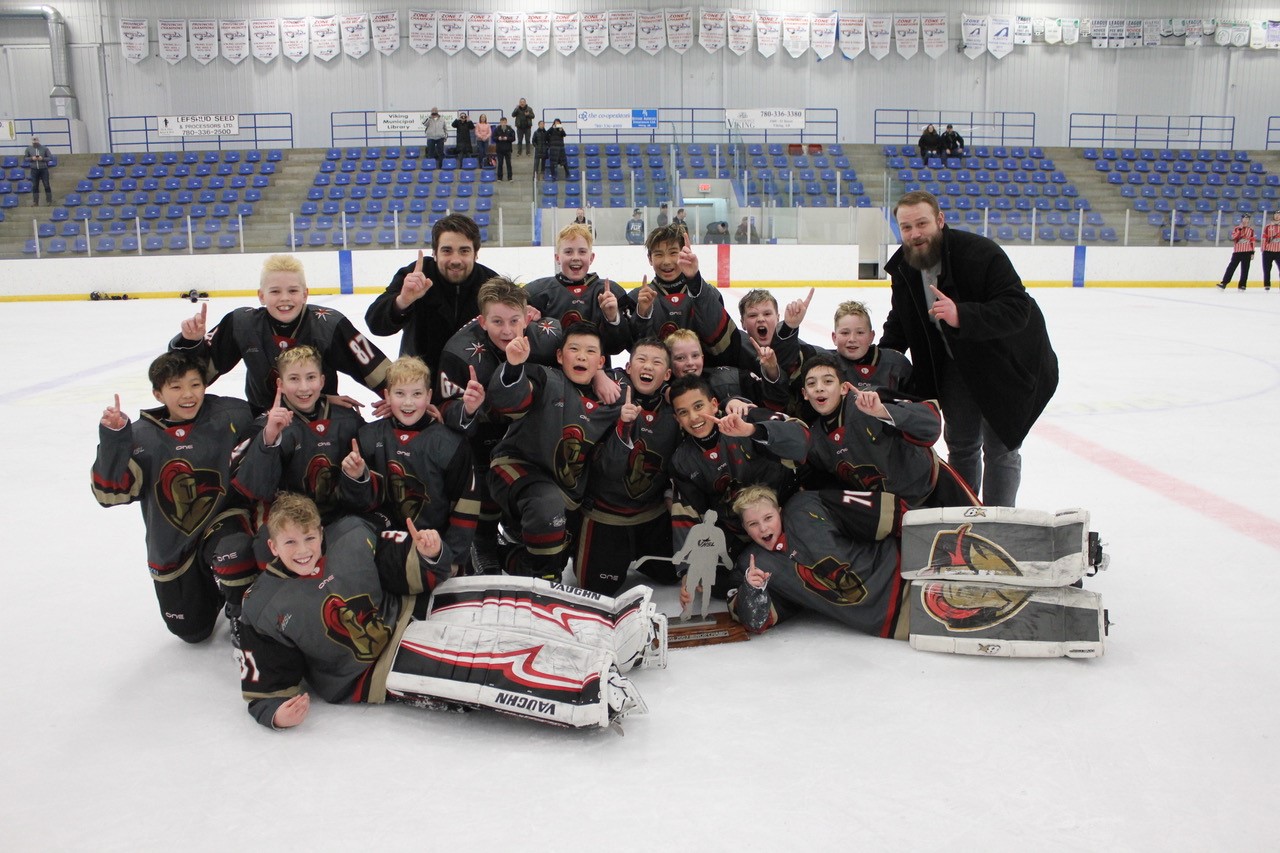 The Calgary Crusaders were crowned the 2007 Minor division champions this past weekend in Viking, Alberta. It was an exciting weekend of hockey that saw the Crusaders come out on top of their southern Alberta counterparts, the Foothills Elite.

Congratulations to all of the players who competed so well in the championship.

Thank you all for a terrific season!