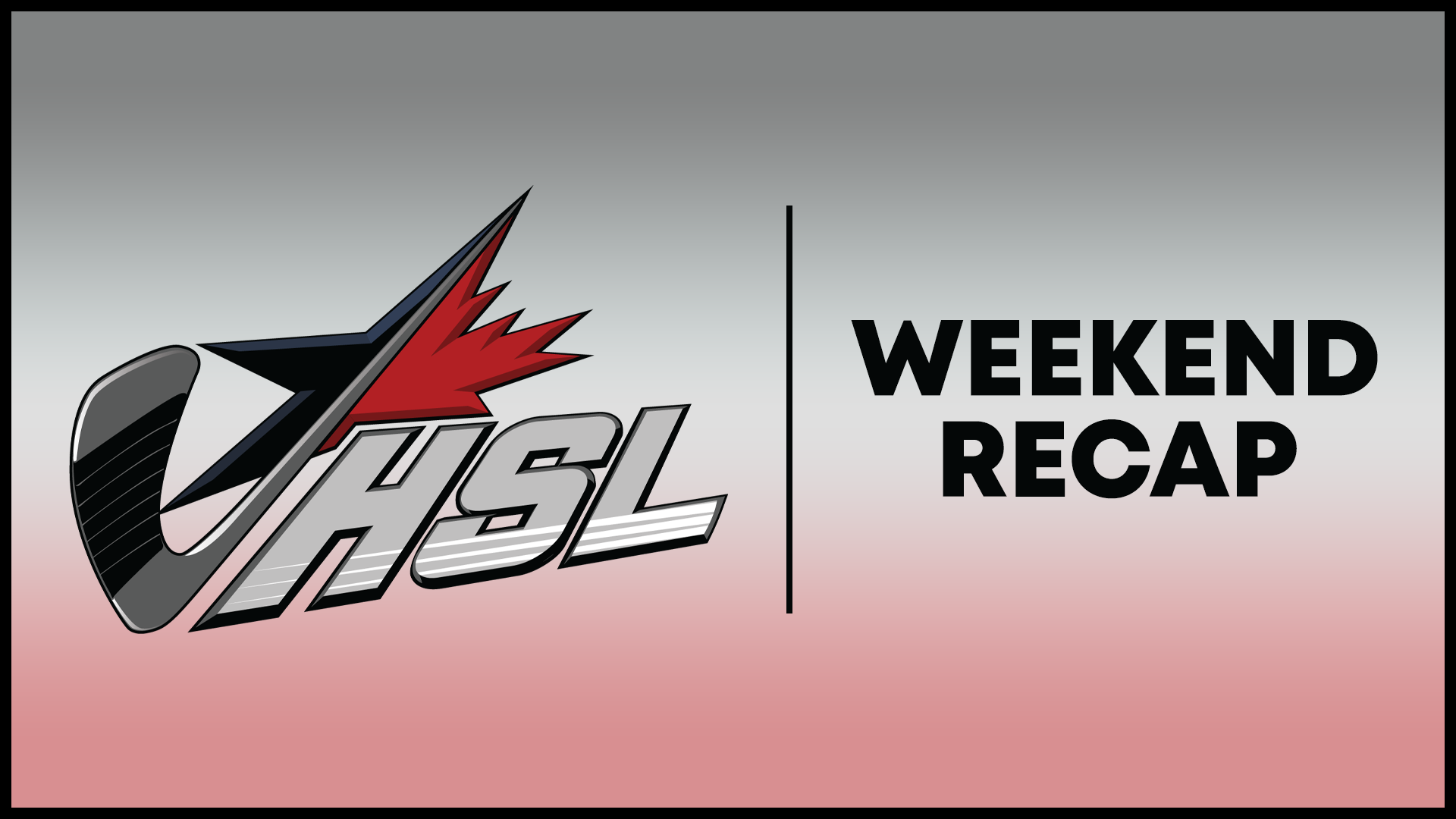 The East Calgary Twin Arena was the site for this weekend’s Hockey Super League U15 Prep Showcase. Nine games were played over three days, with some high scoring games and nail-biting finishes. Here’s a look at the weekend that was…

The Saints Pro Hockey Academy (Blue) got off to a great start this past weekend, riding a 28 save performance by Anden Latimer enroute to a 4-1 win over the Capital City Knights. Antonio Martorana led the Saints offence with four assists, while Samuel Charko (1-1-2) and Cole Connolly also found the back of the net.

The Saints offence came alive in their second game, using a five-goal second period to propel themselves to an 8-3 win over the Sharpshooter Academy. Jason Adams (2-2-4) and Charko (1-3-4) led the way offensively with Connolly (2-1-3) and Martorana (1-2-3) also contributing to the win. Renna Trembecky was solid in net for the Saints, making 29 saves for the win.

In their final game of the weekend, the offence continued to pour as the Saints put nine on the board in a convincing 9-2 win over the Stars Hockey Academy. Martorana’s hat-trick and five-point night led the way, with Cole Kronewitt (2-1-3) and Adams (2-0-2) each adding a pair of goals for the Saints.

An offensive outburst was the story of the game for the Saints Pro Hockey Academy (Grey) in their first game of the weekend. Trystyn Sidor’s four assists propelled the Saints to an 8-0 win over the Sharpshooter Academy. Taylor Reimer had a goal and two assists, while Matthew Lesyk (1-1-2), Ethan Andrews (1-1-2) and Tai Riley (1-1-2) each had two points.

In their second game of the weekend, the Saints used two third period goals to earn a 3-2 comeback win over the Stars Hockey Academy. Riley (1-1-2), Max Watson and Taylor Reimer scored for the Saints. Game three saw another strong offensive game for the Saints, scoring four third period goals enroute to an 8-2 win over the Capital City Knights. Ashton Lee had a huge game putting up five points (2-3-5), while Reimer (2-0-2), Andrews (1-1-2), Sidor (1-1-2), Watson (0-2-2) and Riley (0-2-2) each had two points each.

The Capital City Knights started the weekend with a tough matchup against the Saints Pro Hockey Academy (Blue). Tye Gehlert made 42 saves for the Knights, but it wasn’t enough as they dropped a 4-1 decision. Ryder Haakenson had the lone goal for the Knights.

Game two went much better for the Knights, using three second period goals to secure a 5-1 win over Sharpshooter Academy. Owen Kluss’ hat-trick led the way for the Knights, with Jack Buchko (1-1-2) and Dawson McAuley scoring the other goals. Leo den Besten was solid in net, making 31 saves for the win.

A gritty comeback was in store for the Knights in their third game, coming back from 3-0 and 4-2 deficits to defeat the Stars Hockey Academy 5-4 in overtime. Lucas Brassard had four points (2-2-4), including the overtime winner. Gavin Eastman (1-1-2), Rykan Baumle (0-2-2) and Grayson Meyers (0-2-2) each had two points for the Knights.

In their final game of the weekend, the Knights encountered a strong Saints Pro Hockey Academy team and couldn’t hold the fort in the third period, resulting in an 8-2 loss. Kluss and Brassard scored for the Knights while Gavin Eastman chipped in with a pair of assists.

The Sharpshooter Academy got off to a rough start this past weekend, coming up empty in an 8-0 loss to the Saints Pro Hockey Academy (Grey). Jake Poblete was beyond busy in net, facing 63 shots, turning aside 55.

Game two got off to a good start for the Sharpshooter Academy, however a tough middle frame eventually led to a 5-1 loss to the Capital City Knights. Owen Baldwin had the lone goal for Sharpshooter.

Saturday night saw the Sharpshooter Academy face a tough Saints Pro Hockey Academy (Blue) team and despite a solid first period the Saints exploded in the second period, handing Sharpshooter an 8-3 loss. Taylor Mackie (2-1-3) and Lukas Kurtz (1-1-2) led the way, while Poblete was once again called upon facing 46 shots.

In their fourth and final game of the weekend, the Sharpshooter Academy grinded out a 3-3 tie with the Stars Hockey Academy. It was a back-and-forth game with a couple lead changes. Kurtz had a pair of assists while Mason Russell, Mackie and Harshdeep Sharma each scored. Zackary David stood tall in net, turning away 40 of the Stars 43 shots.

It was much of the same for the Stars in their second game, letting a good effort slip away with a 5-4 overtime loss to the Capital City Knights. The Stars scored three first period goals and led 4-2 after two periods but allowed the Knights back in the game in the third period before losing just over 90 seconds into overtime. Hagel had two points (1-1-2), while Cayden Goossen, Ebuenga and Hunor Takacs each scored for the Stars.

Game three for the Stars saw them tangled in a back-and-forth tilt with the Sharpshooter Academy, ending up in a 3-3 deadlock. Cale Lavallee had a pair of assists, while Ebuenga, Hagel and Quinn Bouchard handle the scoring for the Stars. Williams faced 36 shots, making 33 saves.

In their fourth and final game of the weekend, the Stars Hockey Academy ran out of steam against a strong Saints Pro Hockey Academy (Blue) squad, dropping a 9-2 decision. Amjot Dhillon and Griffin Brown scored for the Stars while Carsen Washburn did his best to stop a barrage of Saints shots, making 55 saves.